As I entered my living room, I saw a bag on the sofa. Beautiful beige canvas with two inter-twining capital G’s and a red and green band running through the centre. A much coveted designer brand.

That’s when the owner, my loud, overbearing neighbour beamed at me and proudly showed off her latest purchase, a brand new “Gukki” bag. Yes, that’s right. That’s how she said it.

Being the language Nazi that I am, I congratulated her on the purchase of her Gucci emphasising on goo-chee. “That’s how it is said”, I added a little smugly being the Yggrite to her Jon Snow for her ignorance. She shot me an amused look and ignored me the rest of the time while she carried on a conversation with my mother describing the latest shenanigans of the fellow neighbours in the building.

On her way out an hour later, she called for me and said,

Confused, I looked at her.

“Only an original deserves to be called a Gucci”, she winked at me.

As she sashayed out of the main door, I stared after her speechless admiring her courage to own up to possessing a knock off. 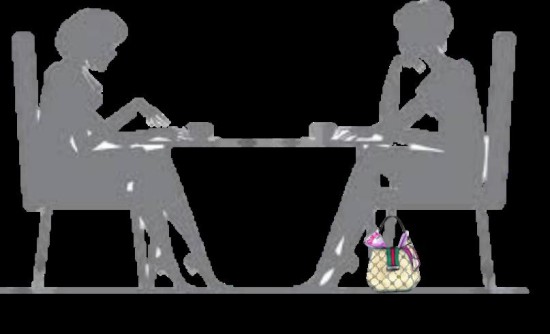 Crisp, liked the timing and the use of elements

That was a good one !!! I hope she receives some language lessons now -:)