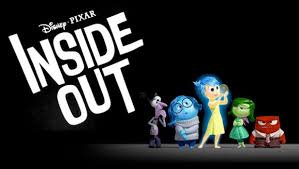 Writing about inside out, oh that’s pretty hard. You have to face that constant fear of whether your words will be able to justify what inside out as a movie is all about, whether your words will compel others to watch and have the same enchanting experience. Well, leaving that aside, Inside Out is by far one of the very best movies Pixar has ever made. A story of a girl experiencing conflicting emotions and an ever-growing shyness & perplexity after her parents move her from Minnesota to San Francisco, it is bound to have you experiencing a slew of emotions from happiness to sadness. Honestly, these animated characters feel more human and real. If you say that you came out of this movie unmoved, you are nothing but a flat & highly advance form of a ROBOT. Yes, Inside Out is that good. It can be compared to the emotional effects that the movie ‘UP’ had on me.

We are introduced to Riley right out of the womb as she is born to two very loving parents. At the same time we are also introduced to the emotions which occupy her mind: Joy, Sadness, Fear, Anger and Disgust. All of them take their turns at the controls of Riley’s mind, which is rather portrayed as a flight control room desk, but Joy has the most influence as she is determined to keep Riley as happy no matter what. 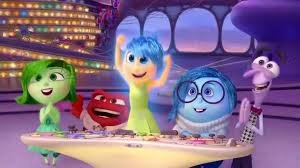 This roughly is also the crux of the story itself. Then the story moves ahead with the quotidian experiences of Riley in this new world, that she has started to loathe upon, and the accompanying upheaval and chaos that grows up in her mind. The apt use of a lot of emblemism in the movie surely impresses you. Though this movie tends to over simplify everything but then it isn’t a documentary. The movie moves ahead with joy being knocked off the controls and the other emotions creating havoc in Riley’s life, then the struggle of joy and sadness to bring back the utopian conditions that existed in her mind. Thus the story ends with joy getting back but with a changed and rather intense role in Riley’s life. Riley’s memories become much more complex emotionally then what they were. Thus now not one, but a motley of emotions controlled her moves with an eclectic console. 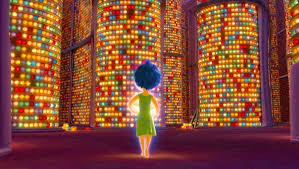 The movie is a near perfect analogy of what goes on in one’s mind and how emotions control us. How slowly and gradually the purest of emotions get adulterated and become more of a complex intermingled & indistinguishable mixture which we naively consider the onset of Maturity.

Though real life is nowhere close to the simplifications that the movie uses but it symbolisms very aptly and correlates with the intended aspects of Riley’s life. Though being hackneyed, this movie is like a play that unfolds and touches your heart with its simplicity. Little nuances of this movie will surely make you nostalgic and make your own “matured” emotions to dance around ambivalently.

This may not be an epic movie that you will remember for months, but a tranquil show that will leave its emotional hangover for a short time. 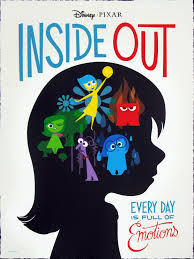