Elon Musk – the name conjures up a bevy of attributes in one’s head. He is a business magnate, an engineer, an inventor and an investor. A gentleman – with a current Net Worth of USD 13.6 Billion – who is currently involved in an industry-spectrum as wide as Automotive, Aerospace, Solar Energy, Energy Storage, Satellite, High-Speed Ground Transportation and Multi-Planetary Expansion. Of which, I don’t even think the last one was an industry before Musk came on the scene.

After successfully revolutionizing Internet banking sector, electric car market, private space exploration as a pioneer in all fields – and, at that, with the primary financial support of his own proceedings from one venture to another – Musk has now his eyes set on actually doing something to contain Fossil Fuel combustion related emissions and move the planet towards a cleaner energy option.

The latest offering from the inventor’s hide-out – Tesla Powerwall.

Launched this 30 April 2015, this offering presents itself as an ‘Energy Storage for a Sustainable Home’

The official website reads – ‘Powerwall is a home battery that charges using electricity generated from solar panels, or when utility rates are low, and powers your home in the evening. It also fortifies your home against power outages by providing a backup electricity supply. Automated, compact and simple to install, Powerwall offers independence from the utility grid and the security of an emergency backup.’ 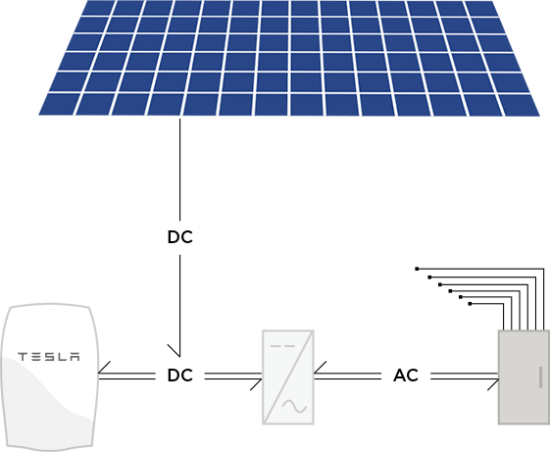 The Tesla Powerwall installation consists of a solar panel, an electrical inverter, and now a home battery to store surplus solar energy for later use.

How it works is:

They are yet to begin the first phase of shipping but they are accepting reservations for two models:

Tesla Powerwall’s ultimate goal appears to be making Solar Power generation and storage financial feasible and practical to such an extent that we actually make considerable reductions in ourt dependence on Fossil Fuels for power generation.

Prices are way too high as for now (the listed price does not include installation, or an inverter) and for places where people can easily afford it, it makes little sense as the power outages is not as frequent as say in a developing country where the mass of the population won’t find the initial investment advantageous.

Bernstein Research – Wall Street’s sell-side research and brokerage firm  – making a calculation for a US based scenario states that the price to go completely off the grid is even higher because that would require a rooftop solar system bigger than what is now usually installed, and at least two Powerwall batteries. That kind of system would cost $96,000 without subsidies which is about 74 years of electric bills for an average US customer. Further as per their report. assuming the cost of solar and batteries declines by 80 percent in the coming years and that it will be subsidized by clean-energy incentives, the system would still cost 2.5 times more than buying electricity from the grid.

But, nevertheless, the first step has been taken to address the problem of Sun refusing to shine at nights in a sleek, non-bulky and clean way thanks to Li-Ion batteries backed by Tesla Motor’s proven technology.

It is interestingly paradoxical that a man who is ultimately devising a plan to move out humanity to another planet for good, is the same one who is also involved in making life on this planet good for everyone.