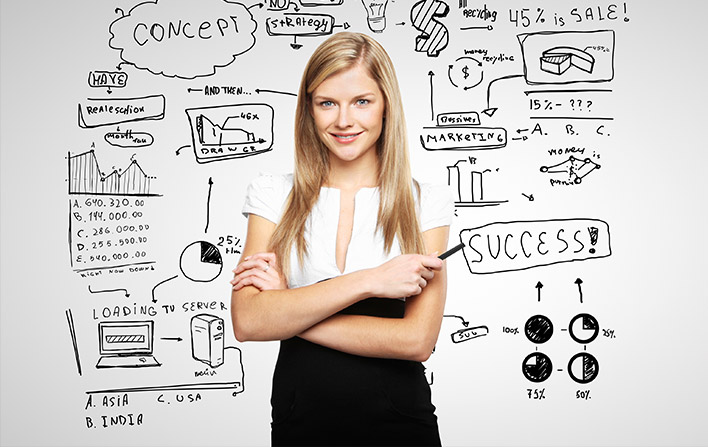 Finding new ways to edge out rivals in today’s cut-throat competition is becoming increasingly difficult as managers struggle to sustain desired outcomes & targets as per elaborate plans and strategies. All employees, from the lowest rung to the topmost management commit preventable errors. It’s a herculean task to rewire the human brain to undo pathways that lead to such mistakes. There’s an alternate approach: modify the environment in which decisions are made so that people are led to make decisions which lead to the desired outcomes.

Here’s where the managers need to act as “Design Engineers” and restructure the habitat that nudges people towards good decision making. HBR authors John Beshears & Francesca Gino through extensive research, have developed an approach that facilitates such restructuring. The approach outlines the following algorithm:

(i) System 1 – Automatic, Instinctive and Intuitive – Mental shortcuts help arise at the decision.

Before designing a solution, managers should diagnose if:

(i) Human behaviour is at the root of the problem

Sometimes problems are purely trivial in nature. For example, lack of domain knowledge in contract management to resolve legal conflicts between a Client and a supplier. Such problems are unlikely to be solved by any behavioural alteration. Other problems, for example employees at a mid-level failing to reach out to top management is something which requires a motivational nudge in the right direction.

(ii) There is misalignment of people’s interests in making choices that lead to poor decisions.

(iii) Further breakdown of problem has not been done.

There are two major reasons that lead to poor decision making: 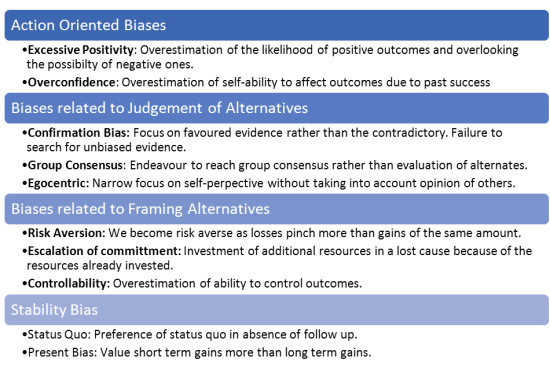 To determine which is causing erroneous behaviour, two fundamental questions should be addressed by managers: Firstly, if employees are failing to take any action and if so, is it due to insufficient motivation. Secondly, if employees are taking action but in doing so are inducing systematic errors in the process. If so, cognitive biases are leading to such circumstances.

Cognitive problems generally arise when System 1 of decision making fails to kick in. Due to the above reason, managers need to ascertain which factors in a particular situation led to incorrect decision making using System 1 and what factors prevented System from engaging and making a decision incorrectly.

a) Carefully structuring how options and data are presented to employees

b) Nudge them in a certain direction without snatching their freedom to make decisions by themselves.

Google implemented choice architecture in its cafeterias in an effort to get employees to adopt more healthy eating habits. As Googlers reach for a plate, they encounter a sign informing them that people who use bigger plates tend to eat more than those using smaller plates. Thanks to this simple change, the proportion of people using small plates has increased by 50%.

In most circumstances, choice architecture can be implemented at virtually zero cost. Changing the order in which options are presented, altering the selection process, changing the wording or simply setting different defaults– all these can be employed depending on the situation.

Choice architecture is more effective than providing monetary incentives as it relies on the individual’s self-interest, which managers need to start incorporating in their work style. Managers can take help of following levers in employing choice architecture to improve decision making.

Returning to the Wipro BPO example, an experiment was conducted to divide the new hires into 2 groups during orientation- first group, which was asked to think about how they can apply their strengths to achieve the firm’s goals and the control group which was not given an opportunity for self-reflection. It was observed that employees in the first group developed a connection with organization and had higher performance levels as compared to the control group.

Using Biases to your Advantage

Loss Aversion bias and extra focus on vivid details and flashy details could be used to advantage. A study was conducted by BIT (Behavioural Insights Team) with the UK Driver and Vehicle Licensing Agency to reduce the cut-down on the no. of people defaulting in their tax payment. Notification letters with the message “Pay your tax or lose your car” with a photo of the vehicle in question. This simple change increased the percentage of tax payers from 6% to 20%.

Managers can also emphasize on the downside of failing to take actions as a tool to motivate underperforming employees. A popular example is of firms hiring new talent in order to get weak employees to improve their performance.

Firm processes are often complex and involve unnecessary steps which may cause employees to lose motivation or increase the chance of cognitive biases. By streamlining or simplifying such processes, managers can enhance the productivity and provide greater motivation to subordinates.

In terms of decision-making, the description of System 2 bears a close resemblance to the rational, general-purpose processor which corresponds closely with controlled processes and an effortful, conscious, rule-based thought process.

Use joint, rather separate evaluations

The leader must think of the best possible style that will allow the organization to achieve the best results. A team can ensure the completeness of decision-making and may increase team member’s commitment to final decisions. In a Joint decision-making process each team member has an opportunity to share their perspectives, voice their ideas and tap their skills to improve team effectiveness and efficiency.

Joint evaluations are helpful in many situations, like choosing a product to advance in the development process, investment alternatives & setting strategic decisions.

Most effective way of engaging System 2 is to involve teams in brainstorming sessions in midst of their busy schedules to propagate efficient thought process. This often gives best results through the technique of “On the Job” training. It can be highly realistic and no transfer of learning is required. It is often inexpensive because no special equipment is needed other than what is normally used on the job.

The lack of action can be linked to vacillation and memory failures, such as the tendency to process information in an illogical way or to lose information as time passes.

It’s harder to set self-objectives in alignment with one’s goal or vision.

Hence the “Planning Prompts” which is a technique to improve self or team performance. This technique has the power to help people overcome forgetfulness and follow through on their plans even when that follow-through is in distant future. For example, using a simple sticky note with roles and responsibilities detailing a road map to address the “when” and the “how”.

A broader conversation must begin .Awareness of the issues must grow. Broad thinking leads to big ideas. Basically, managers should motivate employees to be broad-minded and not restricted to a single course of action.

A Simple Change in language –Using “Could” rather than “Should” helps us think past the black and white and consider the shades of grey.

A manager’s responsibility is to ensure every member of the team wins and winning is defined as meeting the organization’s top objectives. One of the best ways is to establish accountability-based culture focused on producing results through activities.

It helps in eliminating bias from decision making by creating diverse committees and staff positions.

Encourage the consideration of disconfirming evidence

Leader might assign one member to ask the tough questions when in groups and look for evidences that reveal flaws in the planned course of action.

A facilitator may ask function heads to rotate their roles to get fresh perspectives. The knowledge that a rotation will bring in a new set of eyes to scrutinize past decisions encourages people to make more disciplined choices.

Reminders are an effective way to engage System 2. They serve as a tool to highlight the goals we want to accomplish.

a) Setting different defaults or changing existing defaults as per Case 2 illustrated earlier.

b) Build in Automatic Adjustments

Effective way to counter cognitive biases is to build in adjustments that account for poor system 1 & 2 thinking. Most of the organizations consider by passing both systems as less effort on the part of the decision maker so that the desired outcome is implemented automatically through accurate results.