With IPL’s latest edition ongoing in full swing and the Football World Cup , which will be upon us in June , I thought of writing something which could intertwine the two. 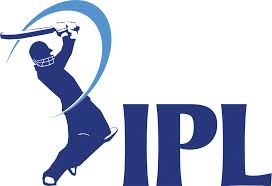 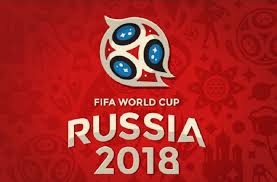 The Brazilian striker with the magical skills, Neymar moved from Barcelona to Paris Saint-Germain (PSG) this August for a mind-boggling sum of 222 million euros, the highest in the history of football .In recent times, French stars Paul Pogba and Ousman Dembele have been bought by Manchester United and Barcelona respectively for 105 million euros each, while Welshman Gareth Bale migrated to Real Madrid for 100 million euros in 2013. 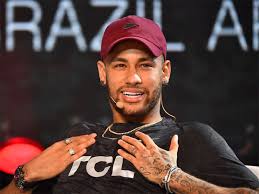 Now, visualise a scenario where these stars and their price tags — and a few others like Eden Hazard, Alexis Sanchez, Sergio Aguero, Harry Kane and Kevin de Bruyne — are offered a 25 percent mark-up on their salaries to play a season in India. Would the players even consider it? 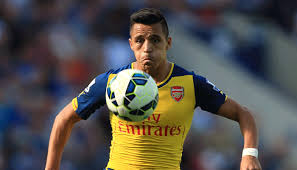 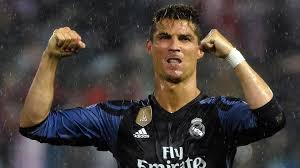 Indian football, for all it is worth, can’t provide a challenge for these mighty superstars and supremely skilled professionals. In cricket, the equivalent of three or four million Euros each can fetch for Indian franchises the best players in the world. What’s more, these cricketers are provided with a challenge and are required to prove their worth on a daily basis. The IPL has become a breeding ground not only for Indians but many overseas internationals too use in as a stepping stone to make career jumps. Take for instance the resurrection of Shane Watson & Shaun Marsh in IPL 1 . Even the English who were against their players participating in the lucrative competition have now stepped aside their egos and the same is evident with Ben Stokes bagging the most valuable contract in the latest IPL auction. 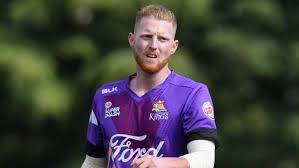 That, believe it or not, is the vital difference between Indian football and Indian cricket. Therefore, for the AIFF and FIFA to believe that Indian football could work its way up the rankings and one day, sooner rather than later, figure in the World Cup finals is nothing short of a fantasy.

For Neymar, when he made his move to PSG, money was only one of the motivations; that too, not the primary one. With PSG aiming to be among the world’s best clubs, he needed the challenge. Moreover, he wanted to get out of Lionel Messi’s shadow at Barcelona and be the star forward for his new team. “I want to win the Ballon d’Or” he had declared.

Top English and Australian cricketers are believed to have opted out of tours to India, till the late 1960s, because of unhygienic conditions and spicy food. Moreover, the hot and humid Indian weather conditions were a deterrent for most of them. For some though, the low, slow and turning Indian wickets and playing in front of large, partisan crowds were challenges. Can we speak of any such challenges in Indian football as of now?

In the new millennium, along with world class hotels in most Indian cities, cricketing infrastructure of international standards has come up all over the country. With over 80 large stadiums, there are millions of new cricket followers added every year. From the huge fan-following thus created, the Board of Control for Cricket in India (BCCI) has succeeded in cleverly selling the game, for huge amounts, to broadcasters and corporate sponsors alike. To run the game efficiently, BCCI has created a huge corpus. It pays its cricketers handsomely, invests in coaching schemes and infrastructure, and cares for its retired players.

The coming of ESPN to India, along with other channels, on the opening of the Indian economy in the mid-1990s was Indian sports’ ‘golden rush’. With the advent of cricket in Sharjah and the middle east , advertising was at its peak and cricketers found other means to make money . Cricket then saw the darkest period in it’s history with the match fixing scandal hitting it hard. So cricket made it to a Valley  first and then made ‘big big money’. Football may also have to go through such ups and downs ,but the risk is worth it. 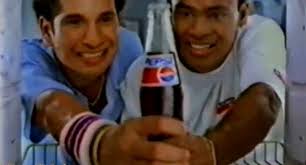 It is said that the All India Football Federation (AIFF) was offered the Indian Premier League’s (IPL) business plan by Lalit Modi in the middle of the first decade of this millennium. As the then president of AIFF sat over the proposal for months together, being lulled into complacency by the initial success of the National Football League, the IPL plan was gratefully picked up by the BCCI and the rest as they say is history.

Where BCCI accrued ‘first mover advantage’ and made big bucks through IPL, it is often debated whether AIFF — given its laid-back attitude — would have profited from being first mover after all.

Take the FIFA Under-17 World Cup for instance that was organised by India sometime back  . One of the biggest sports events ever to be organised in the country, its publicity and marketing was botched up. Sony, the official broadcasters of the matches, according to reports, expected to make around Rs 60 crore from the event, while any major cricket event leads to more than a Rs 1,000 crore of media spending.

Media experts believe that comparing football and cricket with regard to TV advertising revenues would be unfair. Cricket, they say, has breaks between overs which allow for a couple of ad slots every four minutes, whereas football lets ads be shown only at the beginning, during half-time and after the final whistle. Advertising wizards, however, say that there are ways of making money out of any event that has a captive audience.

All said and done, the organisers of the FIFA Under -17 World Cup have displayed a distinct lack of creativity and the will to make the most out of this world event. What is more appalling is the failure to create a larger fan-following for the sport. A huge opportunity has been lost.

AIFF sorely needs a professional marketing team to sell its wares. And it needs — urgently — to create football heroes! The English Premier League (EPL) is the most watched sports league in the world and has a TV audience of 4.7 billion people. One would see young guns in India sporting a Rooney or Lampard jersey , playing football in the streets than a Bhutia or a Chhetri . Most Indian youngsters know more about the EPL than they do about Indian football. AIFF needs to view these youngsters, who follow EPL, as a potential future audience.

A higher pitch for ISL and I-League matches won’t do any harm. Indian football can also do with somebody like Sunil Chhetri and a few others being more visible in the media. Sachin Tendulkar, MS Dhoni and others did it for cricket and have now handed over the baton to Virat Kohli. Somebody has to become Indian football’s face; someone who can get in the sponsors as well as motivate youngsters to take up the sport professionally. 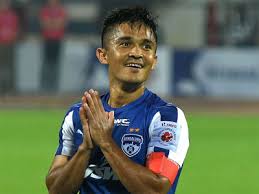 Moreover, like cricket, football has to be converted into a community movement. Many international cricket stars have come out of street-level tennis ball cricket. Football, organised on weekends for various age groups, beginning with 6-year olds on small maidans and parks could lead to a revolution. The AIFF has to take the lead in these local level initiatives through its state and district level bodies.

Grassroots are where the future champions come from. The Ronaldos , the Rooneys , the Bechkams and the Zidanes all come through sports academies which first identified them as talent and then nurtured them for the future .

Also, like cricket, AIFF needs to set up a national centre for football excellence. There should also be zonal academies, with talent hunters at state and district levels. Good coaches too, with a passion for nurturing talent, need to be persisted with and looked after well.

Footballers, administrators and followers of the game in India lament the fact that almost 80 percent of all sponsorship money goes to cricket. Instead of pointing fingers, it would be more advantageous for football to pick up a trick or two from cricket. Cricket is a brand; football needs to be one!

There is enough money out there for football too, provided the AIFF is ready to work hard with it! India’s latest flirtation with football is not even three years old and it appears the Indian Super League has managed to forge new passions for the sport, as well as rejuvenate dormant ones among the country’s sporting fans.

The ISL is now the most attended league in Asia, the fifth most attended in the world – a staggering statistic. And one not remotely possible without an existing predilection for football among the rank and file sports fans, of any nation. The “sleeping giant” moniker is often volleyed about in reference to India’s potential, and with the ISL attracting an average gate of more than 22,000 per game and its TV ratings being consistently high, perhaps there is genuine optimism. For the city of Sachin Tendulkar, it’s surprisingly positive that 25,000 are coming to each match at a stadium that is far out of town.One should not compete with cricket. Being realistic, if you actually take the IPL out of TV ratings, then football is actually very big here, in terms of viewership: Champions League, the EPL, and the World Cup. 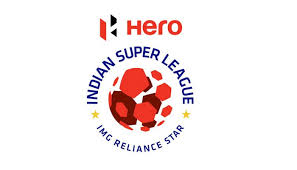 India can take a leaf out of England’s book. Initially, cricket was the dominant sport there, and gradually football took over. And now football is the ultimate sport and cricket follows. If you take the example of three countries that were in the 2014 Football World Cup, Bosnia, Croatia and Costa Rica – the north-east of India has a population more than all of them combined. And in the north-east states [Sikkim, Arunachal Pradesh, Assam, Manipur, Meghalaya, Mizoram, Nagaland and Tripura] the passion for football has been there since forever. 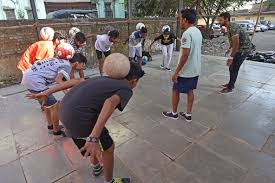 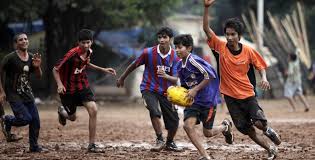 Spectators want two things:  quality of sport and an entertaining experience, which Cricket tournaments like the IPL are providing them with already. Nobody is expecting results overnight , but football is progressing in India and the hope is that when I’m retired and sitting in my couch , sipping a cup of coffee , it would be watching a knockout game featuring India at a Football World Cup .