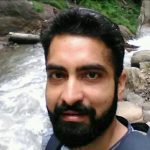 Greetings from the editor’s desk!

I’ve generally stayed away from TV, and resultantly from the 24×7 news discourse, for some years now. One reason for this occurrence may be the cynicism my sanctimonious self has developed vis-à-vis futile arguments and unessential mockery. I tend to think that I am better off this way. Nevertheless, my dish operator makes sure to call every once in a while to remind me that I am too poor to recharge the connection.

So the only avenue I am exposed to the cacophony of newsroom style heated arguments is either (if ever) when I garner the courage to argue with my wife or while having lunch at office canteen. During lunch with teammates, whatever flashes at the screen comes up for discussion involuntarily.

On the days when music is played on the TV, the gossip is mainly centred on innocuous criticism or praise for movies and songs. On the news days, however, the discourse is intense and heated. During one such recent conversation among the group, which turned quite insightful, there was a chat about the freedom of expression.

That, coupled with my recent memory of ‘1984 – George Orwell’s dystopian account of an imaginary totalitarian regime’ made me think further on the subject. How important do you think it is for us as individuals to express our inner selves? And the question applies to all forms of expressions, be it speech, writing, music, poetry, dance, painting and whatever other creative pursuits.

For me, the thought police and the ministry of truth, the extended arms of the controlling state, are extremely suffocating. I don’t like to be told what to do and how to behave, for the sake of somebody else’s political, religious or moral beliefs. So when there’s an attempt to shut me down, it’s like oxygen being taken away from my atmosphere. It simply bodes ill for the mental health.

Having said that, our society is liberal enough to allow divergent views to be expressed, despite some obvious imperfections, of course. The situation is not ideal, but there are many blessings to be counted. See the situation in countries ruled by ruthless dictators and you will know how priceless freedom of expression is.

Where people are not aware enough of their basic rights and accept the regimes in the name of jingoistic acclaims, such countries easily fall in the dictatorial abyss. And history is witness to the fact that not even the most thriving democracies are immune to this phenomenon, Venezuela being a recent example.

At Enlightenment, we seek to be a podium where you set your creative spirit on fire, let the fear vanish and express your heart to the world. In the upcoming editions, we look forward to your participation in whichever way your like to unravel yourself.

In this edition, don’s miss the particularly fascinating writer’s corner section with Mr Shreesha Bhat coming up again with some enthralling fiction in ‘Rise of the Machines’. Also noteworthy is the profound depiction of the recent abolishment of article 377 by the top court in ‘Pride against Prejudice’, in Ms Priyarupa’s distinguished intense style. All that and much more enlightenment awaits you at the ease of a few clicks and scrolls.

One of the best editorials I’ve read so far!

This is crisp and clear deliberation on the subject…Good to read and much more to think and understand where we are headed….appreciated!!

This is crisp and clear deliberation on the subject…God’s to read and much more to think and understand where we are headed….appreciated!!

Beautifully drafted with a strong message 👍

This is terrific repersentation of ideas in words. Your artistic way of putting beads and making beautiful neckleace of words is amazing. Anyway what ever you do Big brother is watching.

Thanks a tonne Amir 🙂