A real-life story, great actors, great director, automobile racing, a corporate war, corporate politics and a blend of relationships and friendship, that’s what Ford vs Ferrari brings to you.

Directed by James Mangold and given spectacular horsepower by dual male leads Christian Bale and Matt Damon, “Ford v Ferrari” recounts, in a sometimes exhilarating streamlined fashion, a tale of Motor City dominance-seeking that compels you to root for good guys who are doing the bidding of rather bad guys.

Matt Damon plays the role of Carroll Shelby, a champion racer who is forced to retire because of hypertension. The movie opens with his voice over “what it feels to be at 7000 RPM with a car sets the tone. After retirement, Shelby becomes an entrepreneur and deals in car modification and design. Besides this, he also manages some racers including the hothead Ken Miles played by none other than the most versatile actor, Christian Bale.

The movie touches upon how the rivalry between Ford and Ferrari came to be. It portrays the world-known car racing called Le Mans and the complete storyline runs around that race only. The opportunity of racing at Le Mans knocks for both Miles and Shelby when Henry Ford II gets dis-satisfied with the things happening in the company founded by his great grandfather. Because of the low demand for Ford’s cars among youth, Henry Ford II decides to shut down the plant and asks his marketing managers to find a way to deal with the problem. The marketing head Lee Iacocca’s (Jon Bernthal) comes with up an idea to buy the Italian car giant and 4 times champions of Le Mans racing, Ferrari,  but Enzo Ferrari on the contrary not only refuses to collaborate with Ford but delivers some vivid insults, via Lee Iacocca for Henry Ford the second. Those insulting words hurt Ford’s pride who in retaliation decides to beat the Ferrari’s cars at Le Mans, the 24-hour car racing.

Iacocca seeks Shelby to help build a car which is finest for racing and has the capability of competing and beating the champions (Ferrari). Shelby tells him that they need something which money can’t buy and that is a driver who not only just drives the car but knows the machine like the back of his hand.  Shelby tells Iacocca that Miles is the man who can make Ford win the race but for Leo Beebe (Josh Lucas), director of Ford Motors, Miles is too brash and is not a Ford man. He consistently tries to remove Miles from the race but it was Shelby who keeps on trying to keep Miles to be at the forefront.

What this movie does brilliantly is put the viewer at the codriver’s seat. When Miles increase the rpm, one can feel the gear shifts. One can feel the roar of the V8 engine in the chest the way the movie presents wheel-to-wheel racing will have even the non-petrolhead sorts hooked. 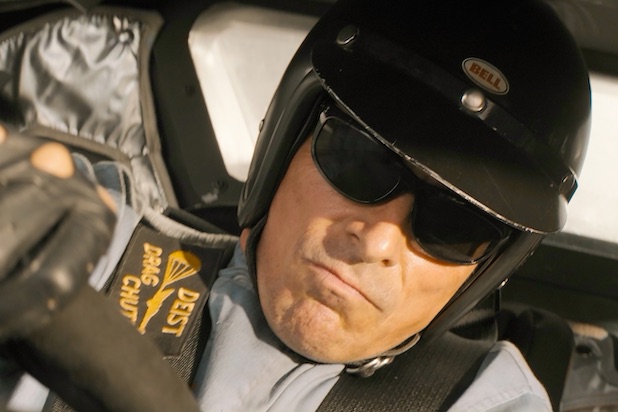 You don’t have to be an automobile enthusiast to enjoy the movie, the sight of GT40s, Ferraris, Porches, etc. and the fine story told by James Mangold will engage you. Ford v Ferrari also explores the bond Shelby and Miles shared. They were not only colleagues but also buddies who understood each other’s strengths and weaknesses like few could.

For me, it is one of the finest movies ever made and one should not miss to watch it at any cost. Each and every actor playing even a small role made their presence felt by the characters they played. Christian Bale and Matt Damon as the lead duo will make you laugh, cry, get angry and keeps you at the edge of your seat all the time. One would feel the frustration, the anger and would get heartbroken when Miles’s heart breaks for not winning the race and Shelby missing him after his death in an accident while practicing.