If you love travelling as well as history and have not visited London, you are missing out on something in your life. With India’s strong historical attachment to Great Britain, London is definitely a destination to visit. Here is a brief guide from my own little experience of visiting London.

You need a UK Visa and the form fill-up process is elaborate where you need to mention the following:

Well there are lot of things to fill in the form apart from the documents mentioned above. We applied for our visa 30 days before our departure and received the visa in 12 days time.

London weather can be really unpredictable. So, it’s best to monitor the weather updates before your travel dates and pack accordingly.

The currency of London is Pound and it is best to carry currency from India itself. We had decided to split between cash and travel card. However, most places in London accepted cards.

We took an Etihad flight to London via Abu Dhabi. The flight was at 9:00 am IST. There was a layover of 2 hours at Abu Dhabi. Changing flights at Abu Dhabi is fairly simple and does not take much time(20 mins) at max. Hence, 2 hours seemed like a long waiting time. We reached London at 6:30pm (London Time. Since, my visit was in October, Indian time was 4:30hrs + London Time = 11 pm IST)

Immigration in London is very systematic and wait time for us was around 30mins.

London has many hotels in the heart of the city. However, they are expensive and parking space is not available. Since, I travelled as a part of group tour, we had to take a hotel in the outskirts to accommodate the Coach to be parked at ease. We stayed in Heston Hyde which a very good hotel and highly recommended for people travelling on a budget.

Since my travel was entirely in the Mercedes Coach, there is very little information I can share on the local travel. But, it was clearly visible that there were frequent buses – the red double decker ones and the famous London taxis. However, the most recommended mode of travel would most definitely be the London Underground which is equivalent of our metro travels.

London has numerous attractions and our day started with a guided city tour. Our first destination was Albert Memorial. The memorial shows Prince Albert holding the catalogue of the Great Exhibition, held in Hyde Park in 1851, which he inspired and helped to organise. Marble figures representing Europe, Asia, Africa and America stand at each corner of the memorial, and higher up are further figures representing manufacture, commerce, agriculture and engineering. Yet further up, near the top, are gilded bronze statues of the angels and virtues. 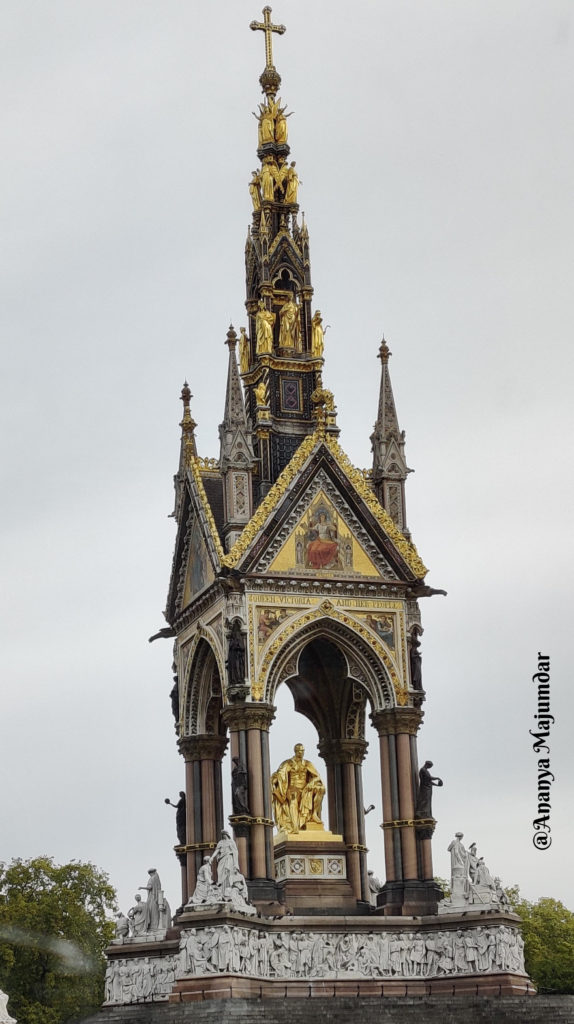 Next, we visited the famous Buckingham Palace. The palace is the official residence of Queen Elizabeth II and the administrative headquarters of the Monarch. Unfortunately, we could not meet the Queen as she was away visiting her Scotland home. This was indicated by the flag on top of the palace being lowered. 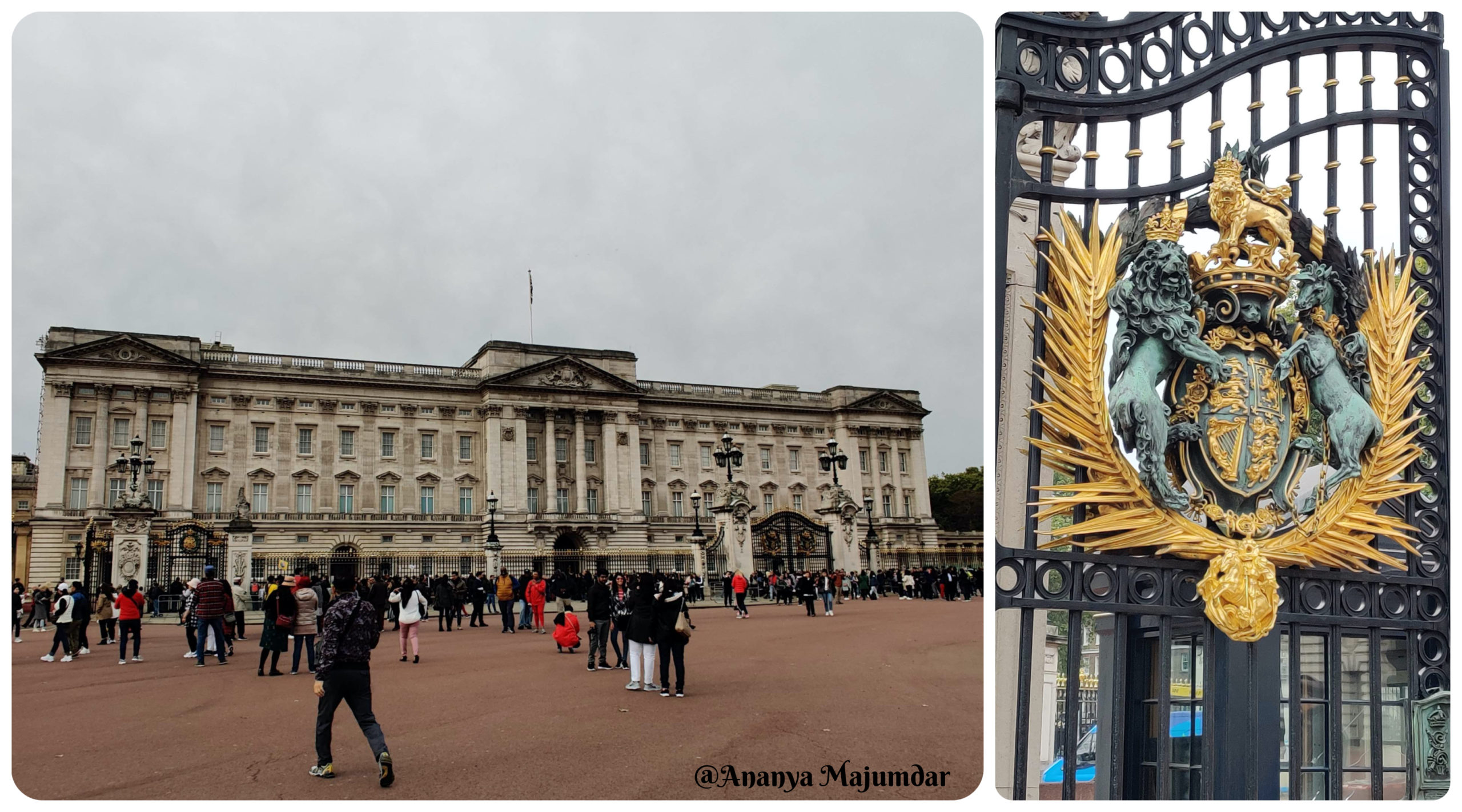 This is also the place where the change of guard ceremony takes place. We were unlucky there again as the same was cancelled due to the unpredictable rains.

The Queen Victoria Memorial is located in front of Buckingham Palace and comprises the Dominion Gates (Canada Gate, Australia Gate and South and West Africa Gates), the Memorial Gardens and a vast central monument commemorating the death of Queen Victoria in 1901. There are statues representing courage, constancy, victory, charity, truth and motherhood. One of the statues is the same as the one we see in Victoria Memorial, Kolkata. 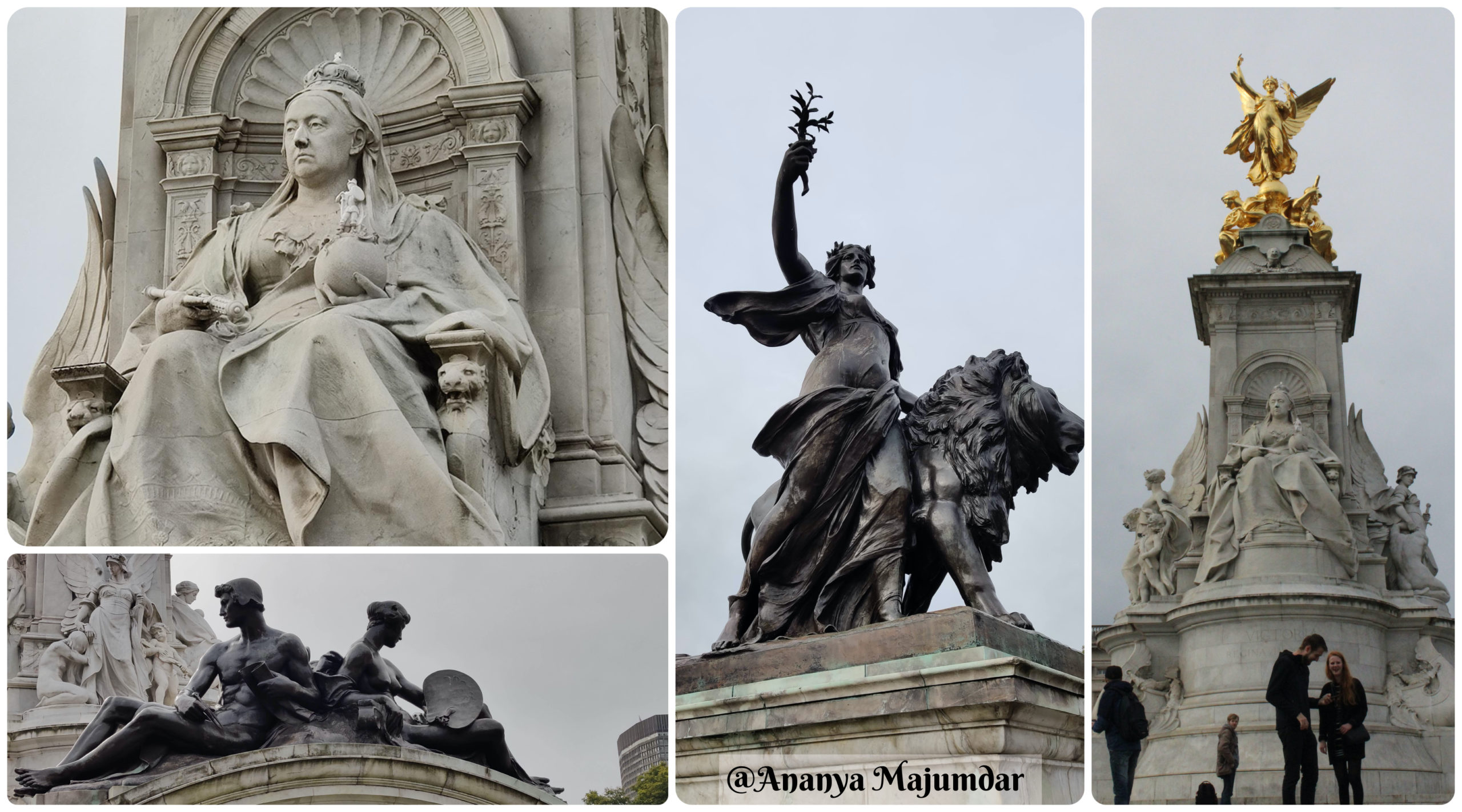 Westminster Abbey is the royal church offering daily services. This is a World Heritage site. It is the coronation church as well as the resting place for many monarchs.

Parliament Square in Westminster is next to Westminster Abbey and the Houses of Parliament. The square was created in the 1860s and contains statues of well-known statesmen including Winston Churchill, Abraham Lincoln, Nelson Mandela and Mahatma Gandhi. 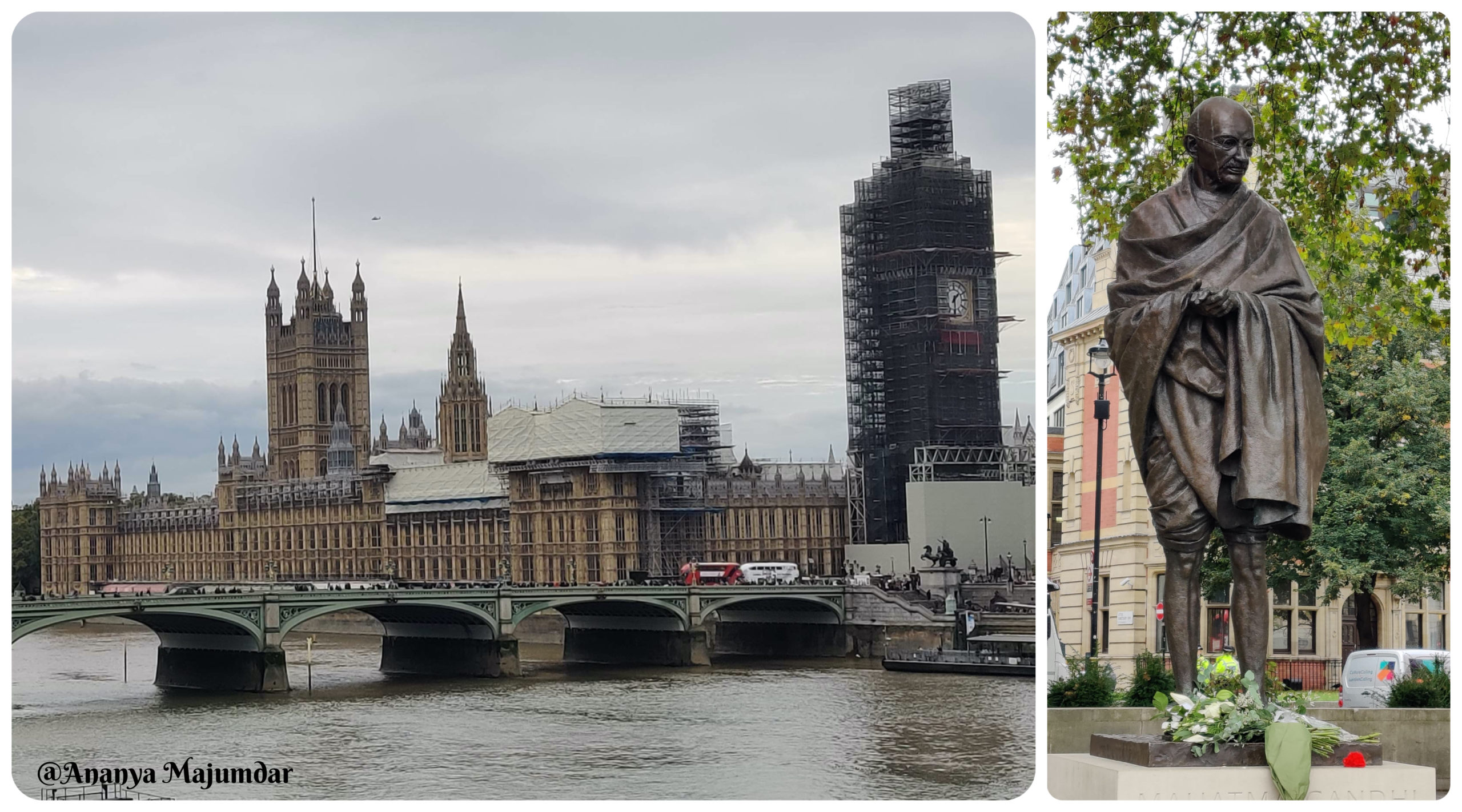 Trafalgar Square is the most vibrant place in the heart of the city surrounded by museums, galleries, cultural spaces and historic buildings. There are many statues and fountains in the square. Notable among them is of Admiral Nelson who was the key person in the victory of battle of Trafalgar in 1805. Local stories say after the death of Nelson on sea, his body was preserved in Brandy that was available on board. Hence, if you go to a pub in the area and ask for “Nelson’s Blood”, you will be served Brandy. 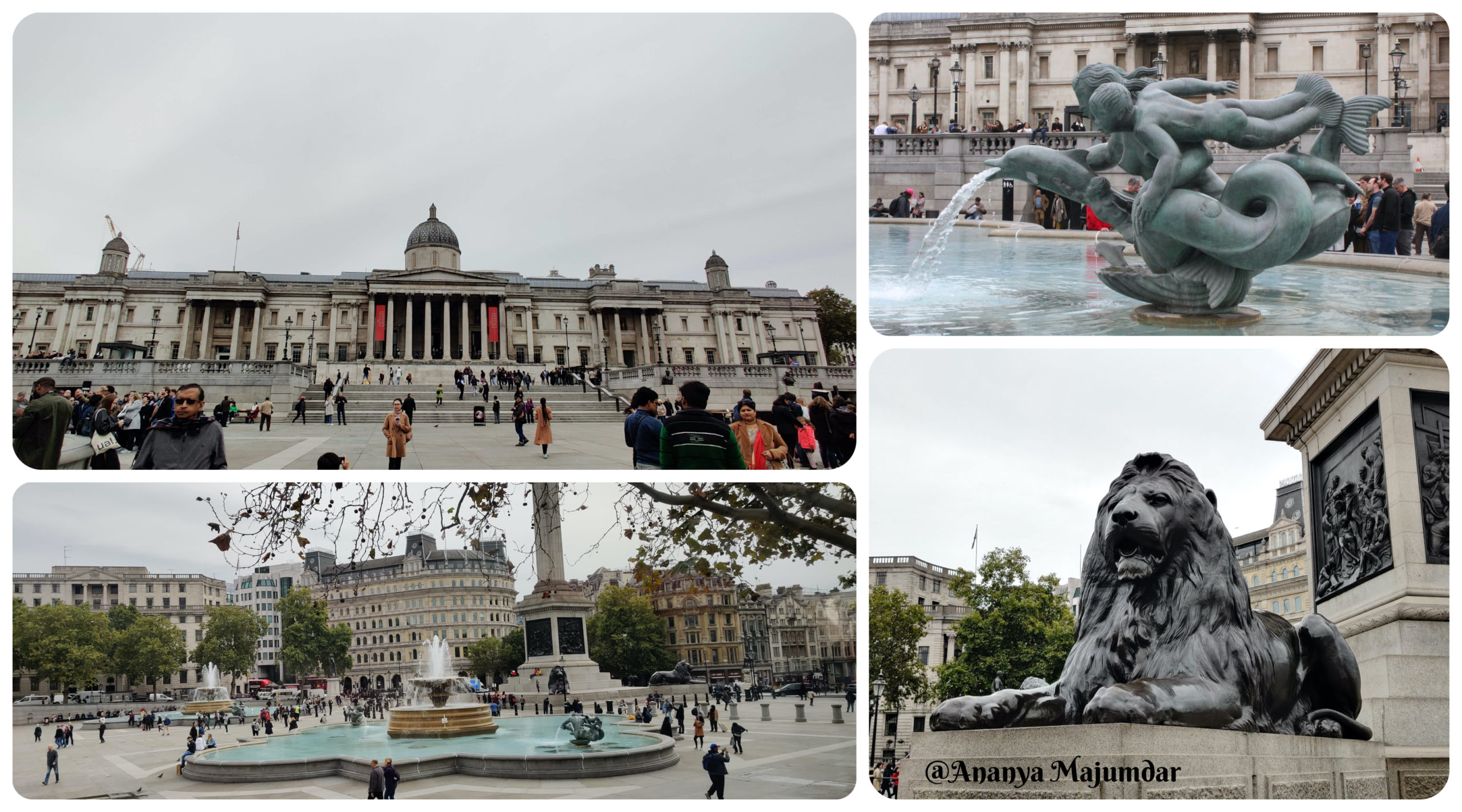 London Eye operated by Coca Cola along with Merlin Entertainment is a revolving observation wheel built on the South Bank of the River Thames. The hub of the wheel rests on two supports, which are anchored to a foundation on the riverbank and lean out over the river at an angle of 65° (from the horizontal). With both its supports on the same side of the hub, the wheel is said to be cantilevered over the river. The London Eye offers a spectacular view of the city of London as it completes 1 revolution in 30 minutes. The movement is so slow that it does not stop even for the boarding or disembarkation of people (except those with disabilities). 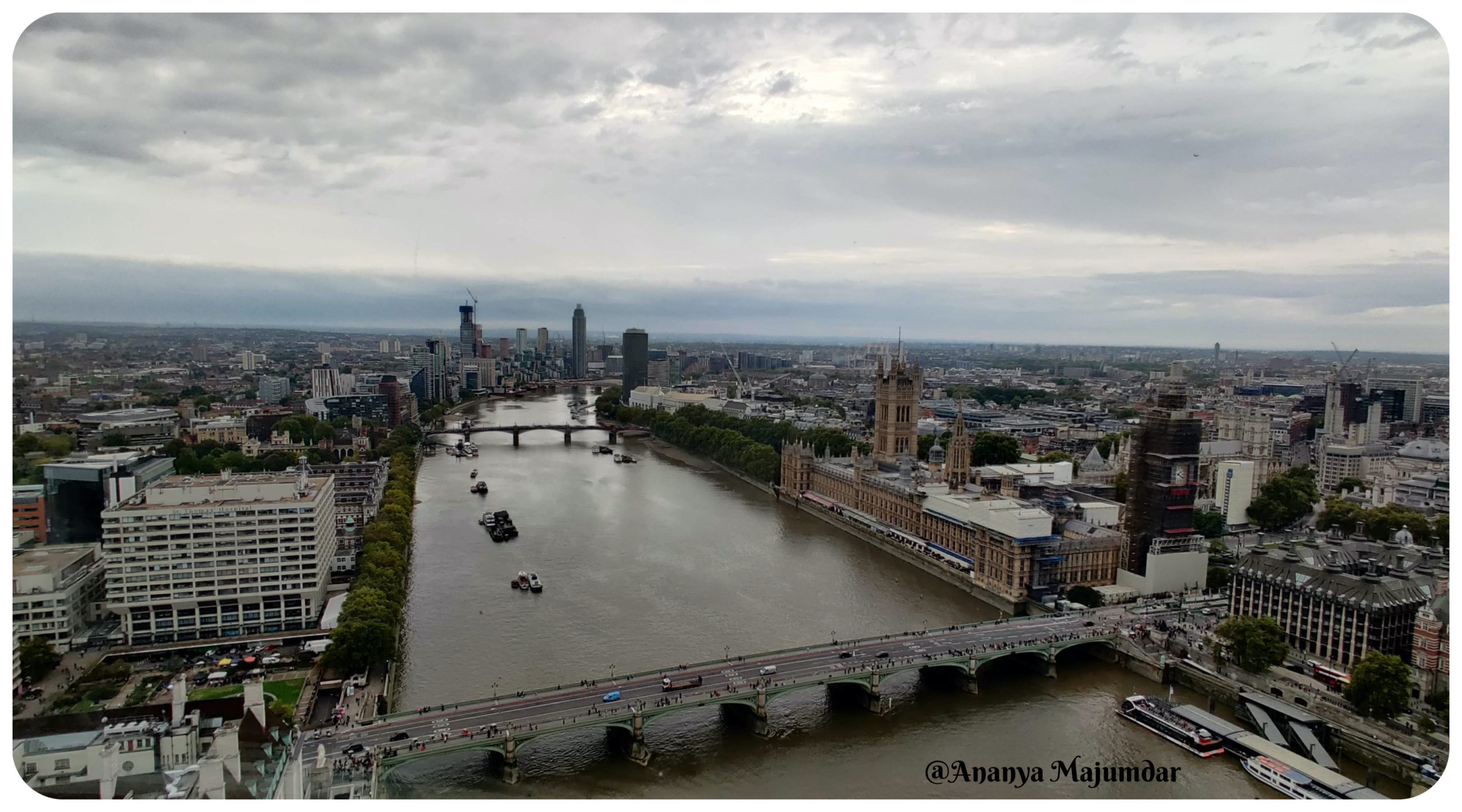 The Tower of London is the place where all the crown jewels are kept for display. The famous Kohinoor diamond is also kept there. The irony is that we have to buy tickets to see something which was part of our heritage. 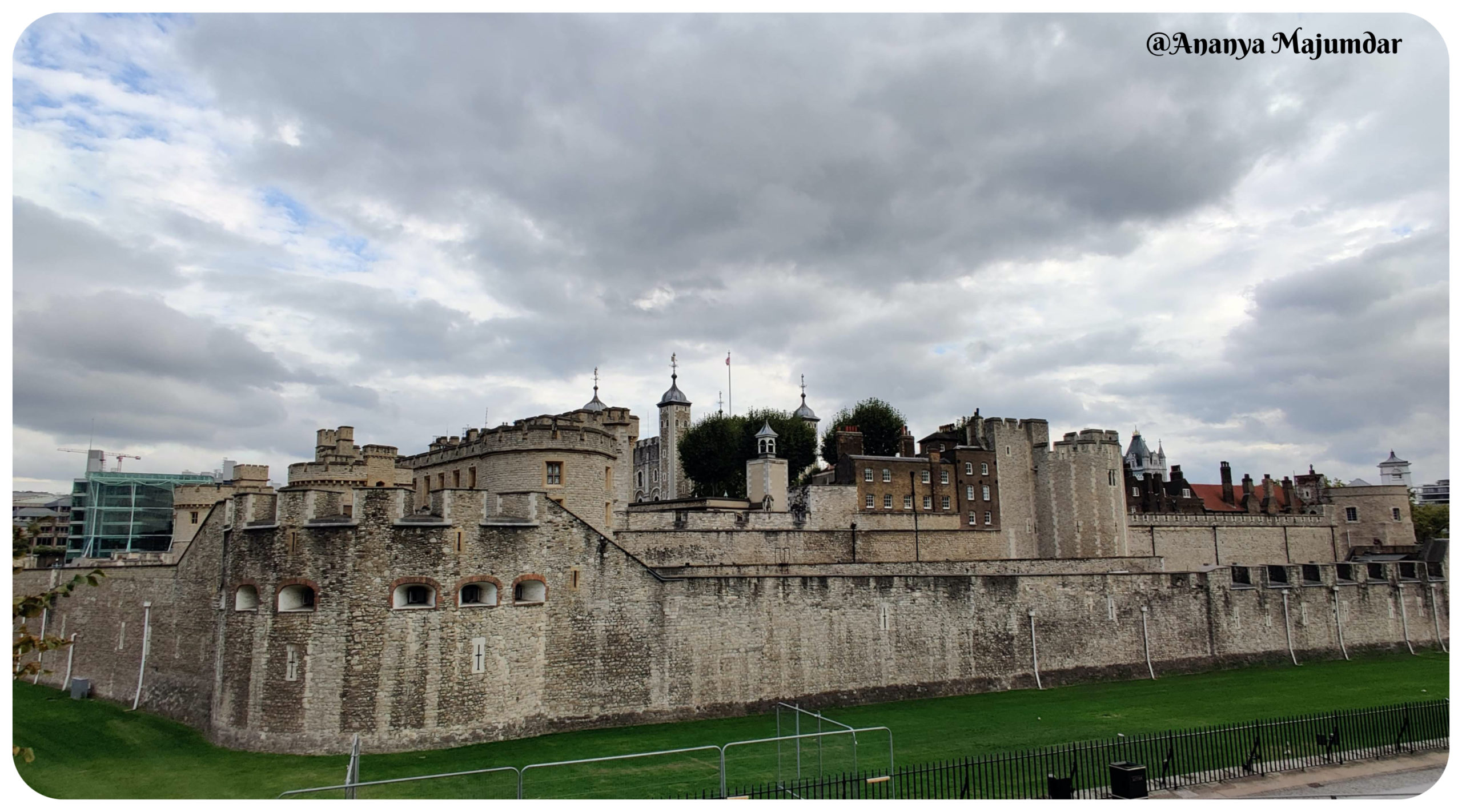 The Tower bridge is located close to the Tower of London and was built to manage road traffic without disrupting the river traffic. The giant movable roadway lifts itself to allow the ships to pass through. It is one of the most iconic structures in London. 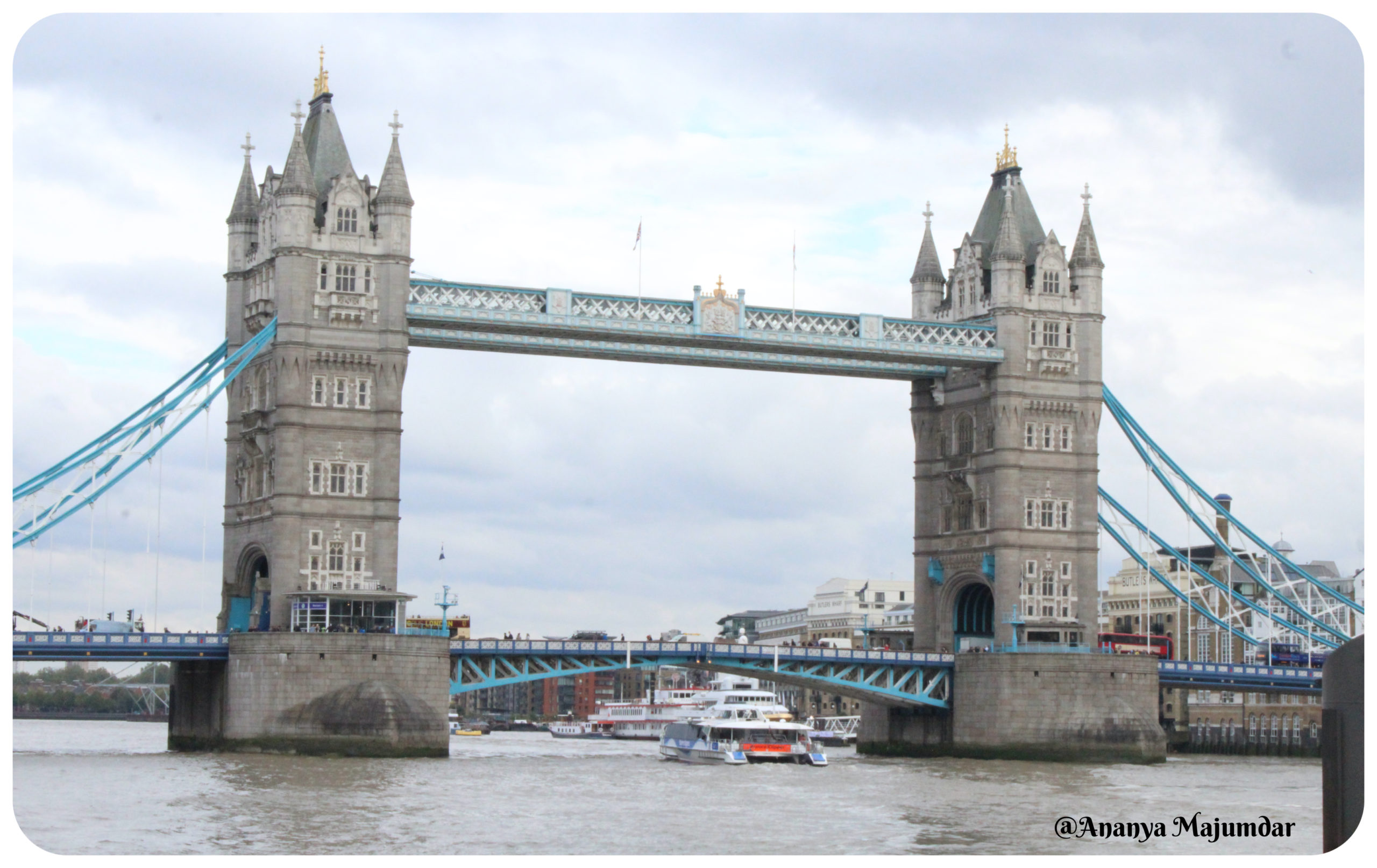 Madam Tussauds is an attraction that no one visiting London should miss. It houses many statues and experience zones like – Marvel, Star wars, Sherlock Holmes, Bollywood, Music, Sports, World leaders, Spirit of London ride, etc. For me the best attraction was posing for a photo with the Queen. 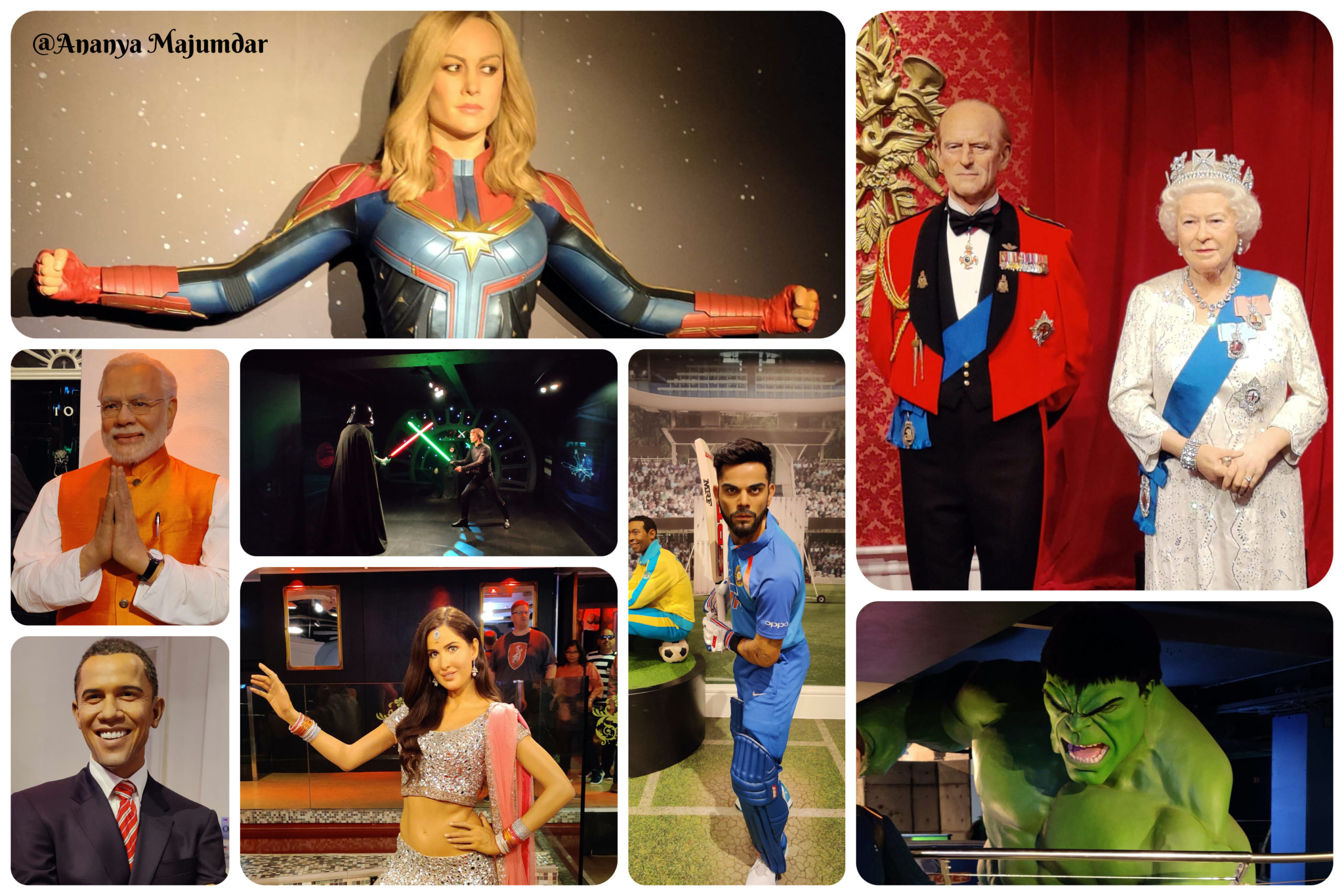 If you want to shop in London, the best place is Oxford Street. For Indians, Primark is a destination for buying good clothing at decent price. There are also lots of souvenir shops on Oxford street mostly run by Indians. You can pick gift items from there.

There are a plenty of places to eat in London. We tried this particular place called “Bangalore Express” for Indian food and it was really good. 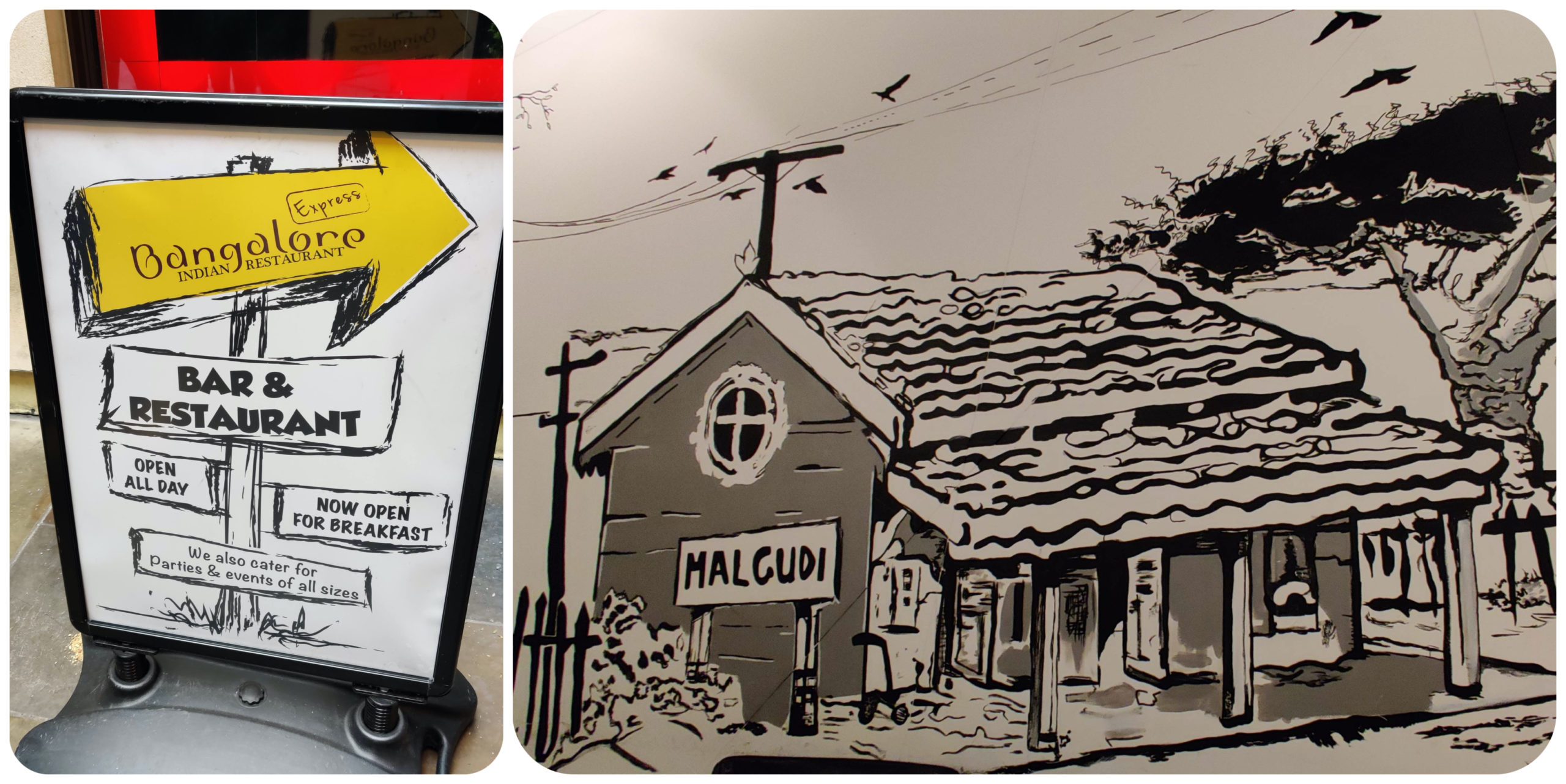 That is all from my experiences in London. Feel free to write to me directly in case of any further queries.

Excellent Article. Thanks for sharing your experience. Well planned..

Absolutely fascinating. Thanks for the intel. I would definitely like to fancy a visit to London and Scotland now. Nice to see gandhiji has a place in the heart of England.

Vote Up1Vote Down  Reply
Harish B