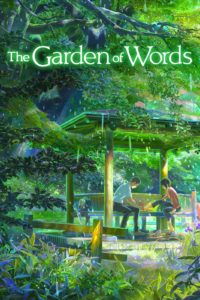 The Garden of Words is a 46-minute movie that leaves an impression on you, despite its short length. Directed by the former graphic designer, Makoto Shinkai (who would later be known for the movie – ‘Your Name – Kimi no Na wa’), this movie ends up becoming one of the most picturesque anime titles, I have ever seen in my life.

The movie follows Takao Akizuki, a 15 year-old aspiring shoe designer, as he ditches his first period of school on rainy days to draw shoe designs in a park. On one particular rainy day, Takao encounters, the much older, Yukari Yukino in his favorite spot. This movie follows their interactions over the course of the rainy season and beyond.

This movie portrays the Japanese meaning of selfish love known as Koi, where both parties would feel lonely if they were not in each other’s company. According to Shinkai, ”The age difference between the two main characters and their character traits demonstrate, how awkwardly and disjointedly people mature, where even adults sometimes feel no more mature than teenagers.”

The Garden of Words has the most beautiful and stunning animated sequences you will ever see. This has been achieved through rotoscoping and CGI for more realistic movements and rain sequences. This movie is just an absolutely gorgeous work of art. They evoke a mood that reflects the inner thoughts and emotions of its characters, while also standing as a visual metaphor for the development of their relationship. 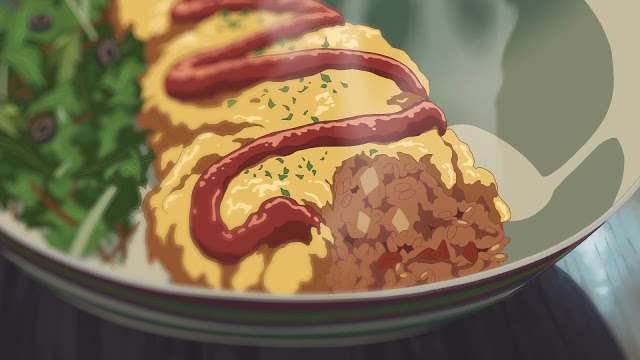 Another noticeable trait is that the dialogue is pretty sparse, save for a few conversations and soliloquy from the main characters. It is an atmospheric movie, where you need to pay close attention to get the most out of it.

As the rain showers swell into a storm, settle down and finally give way to rays of light, the movie shows us that loneliness can end, while showing us how love can be unpredictable and complicated, yet serendipitous and life-changing. 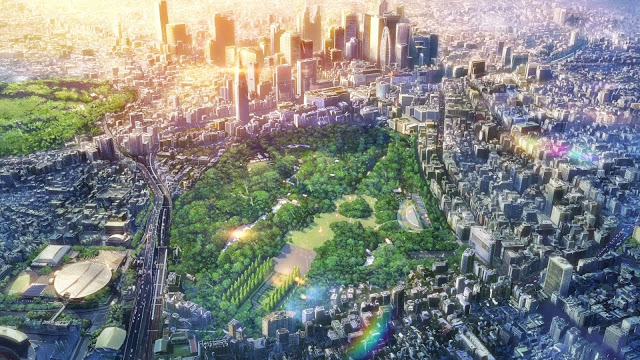 This is a charming, heartwarming story about loneliness and finding someone that you can be lonely with.